Last week I had the chance to tour Eastern State Penitentiary, which operated from 1829 to 1971. It was, arguably, the first modern penitentiary in the US. Last week I blogged about its philosophy; this week I have photos!

Like may 19th-century prisons, ESP looks like a fortress from the outside, an intentional part of the design. 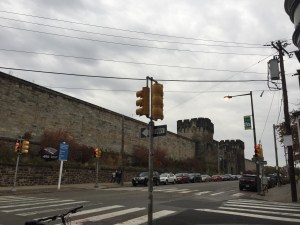 ESP was isolated from the rest of Philadelphia when first built, but the city soon grew around it. It’s only about a mile or so from the city center. 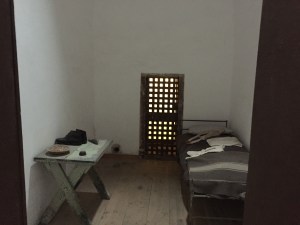 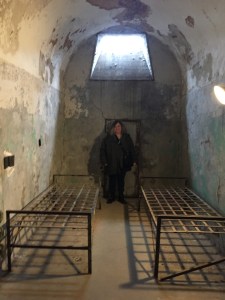 Originally, inmates were kept alone for the length of their confinement. The photo on the left shows a restored cell. Inmates were expected to work in their cell, and were given two daily 30-minute breaks in a tiny exercise yard (that’s what’s on the other side of that little door). They didn’t interact with anyone other than guards and ministers, priests, or rabbis. After a century or so, ESP abandoned this model for a variety of reasons. And as you can see in the photo on the right, the prison decayed considerably after it was closed and before it was reopened for tours. 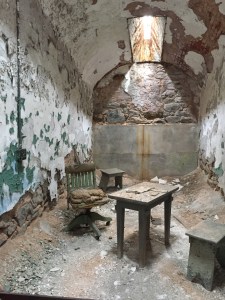 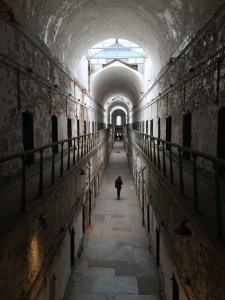 I got some amazing photos of this place. 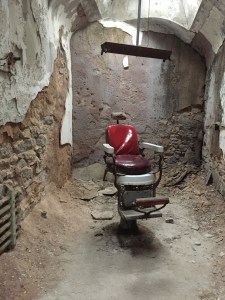 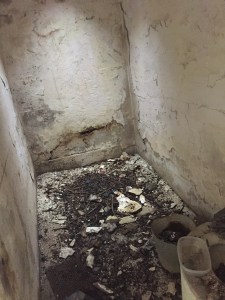 That photo on the right is a punishment cell. It’s half the size of a regular one, with no outdoor access.

If you’re in Philly, I strongly recommend a visit to ESP.