I’m about in the middle of a 10-state road trip with my older daughter. And these are big Western states. So my regular posts will be on hiatus until July. In the meantime, I thought I’d share some photos of historical criminal justice practices. I’ll be posting those on Wednesdays until July.

Over the last two weeks I posted photos of old jails. Here’s something slightly different: 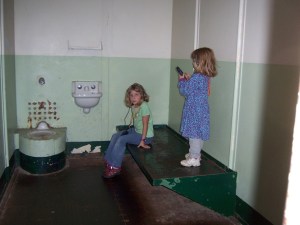 This is Alcatraz, perhaps one of the most famous prisons in the world. It was a federal prison, housing those who were especially dangerous or high escape risks. But it was very expensive to run, so it operated as a federal prison for less than 30 years. We toured when my kids were younger, and they enjoyed. The littler one was especially taken with Al Capone’s story. 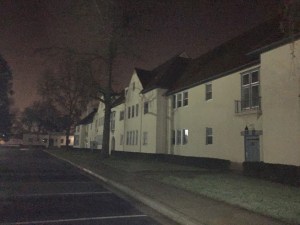 This is a recent photo of what was once the largest mental hospital in California, the Stockton Asylum. It opened during gold rush times and remained in use as a mental hospital until 1995. It’s now a university campus.